Brat to You By Johnsonville

Brat to You By Johnsonville

When the 2018 baseball season begins, Brewers fans will see a new sausage brand in the lineup, as Johnsonville once again becomes a sponsor and the official sausage of the Milwaukee Brewers.

Johnsonville owner Shelly Stayer confirmed today that the Sheboygan Falls-based, privately owned family business has signed on as a sponsor for the team and Miller Park. “We thank the Brewers organization for choosing to partner with a family-owned and operated Wisconsin brand,” said Stayer. “Their decision confirms the fact they want their fans to have an exceptional stadium experience.”

Johnsonville is no rookie to the Brewers, having been their official sausage for 11 seasons from 1978-1988, including during the 1982 World Series games.

“Great food is one of the most memorable parts of the baseball-fan experience, which is why we’re thrilled to bring Johnsonville back to the Brewers,” said Ryan Pociask, Vice President of Marketing at Johnsonville."

The Stayers have roots in Milwaukee; in fact, Johnsonville founders Ralph F. and Alice Stayer lived in Milwaukee on West Pierce Street. They then moved an hour north to pursue the American dream, and purchased a butcher shop in the tiny community of 65 that bears the company’s name – and where the company has remained and expanded since starting in 1945.

For 70+ years, the Stayer family has perfected the art of sausage making in that rural town. Stayer said, “You can’t get more authentic than Johnsonville. People today want to know where their food is coming from and we are only too happy to tell the story of our little Wisconsin town.”

Milwaukee Brewers Chief Operating Officer Rick Schlesinger added: “Johnsonville and the Milwaukee Brewers are Wisconsin heritage brands, and we are excited to announce a partnership that will bring the two organizations together at Miller Park. Sausage and baseball are staples of the summer in Wisconsin, and we’ll be joining forces to continue elevating the Miller Park experience.”

All-Inclusive Area: Johnsonville will have naming rights to the Club Level All-Inclusive area in Miller Park (formerly known as the Dew Deck).

Parking Lot Experience: Johnsonville will be active in the Miller Park parking lots, bringing an interactive experience to tailgating fans. 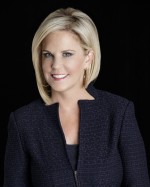 We thank the Brewers organization for choosing to partner with a family-owned and operated Wisconsin brand.