Johnsonville’s “Best of US” is an annual contest that highlights America’s unsung heroes. For 2014 the category we wanted the country to help us recognize volunteer firefighters—who help define the spirit of the nation. The 2013 contest installment recognized educators and community celebrations. 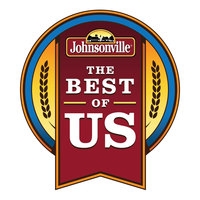 Johnsonville Sausage announced the 10 winners of its nationwide “Best of US” contest for volunteer firehouses. Grand prize winner Vienna Volunteer Fire Department (Dooly County, Georgia) garnered nearly 9,000 votes since the month-long voting window opened. Ashburn Volunteer Fire Rescue Department (Ashburn, Virginia) came in at a close second with nearly 6,000 votes. With more than 68,600 total votes having poured in from around the country, the second annual contest generated overwhelming participation in support of some of the nation’s finest volunteer departments.

As the grand prize winner, Vienna Volunteer Fire Department will receive $10,000 cash to use toward the firehouse or the community. The International Fire Service Training Association (IFSTA) is providing the grand prize winner with its training library and home smoke alarm equipment with alert devices (that meet the needs of people with disabilities) to install in 100 homes in their community.

“There was a swell of enthusiasm and support this year in search of the Best of US volunteer fire departments,” said Ralph Stayer, CEO of Johnsonville Sausage. “We believe this level of activity shows us how much people appreciate the work their fellow Americans do to serve and protect us. These winners definitely represent The Best of US.”

Earlier this year, Americans were called to nominate the volunteer fire departments that go above and beyond the call of duty for their residents. Up for grabs were cash prizes, training materials, Johnsonville Sausage products and fire safety equipment from the IFSTA. The inspiring entries revealed some truly great departments, from some that train members of other area departments in wild land fire suppression to ones serving as emergency operations centers during natural disasters.

Based on a public nomination and voting process, here are the nation’s top 10 “Best of US” volunteer fire departments:

The 2014 Best of US Top 10 Volunteer Fire Departments

The top 10 were identified following a public voting period that ran from May 20 to June 20. The top nine vote-getting fire departments out of the top 10 will each receive a $1,000 cash prize and Johnsonville Sausage products for the department to raise additional funds. IFSTA will also award each of these top 10 fire departments a ball cap, a T-shirt and an IFSTA eBook. IFSTA will also provide the latest in smoke alarm installer training for the department to help their community become more fire safe. The grand prize will be awarded to the nominee, not the entrant. The approximate retail value (ARV) of all grand prizes is $25,350.