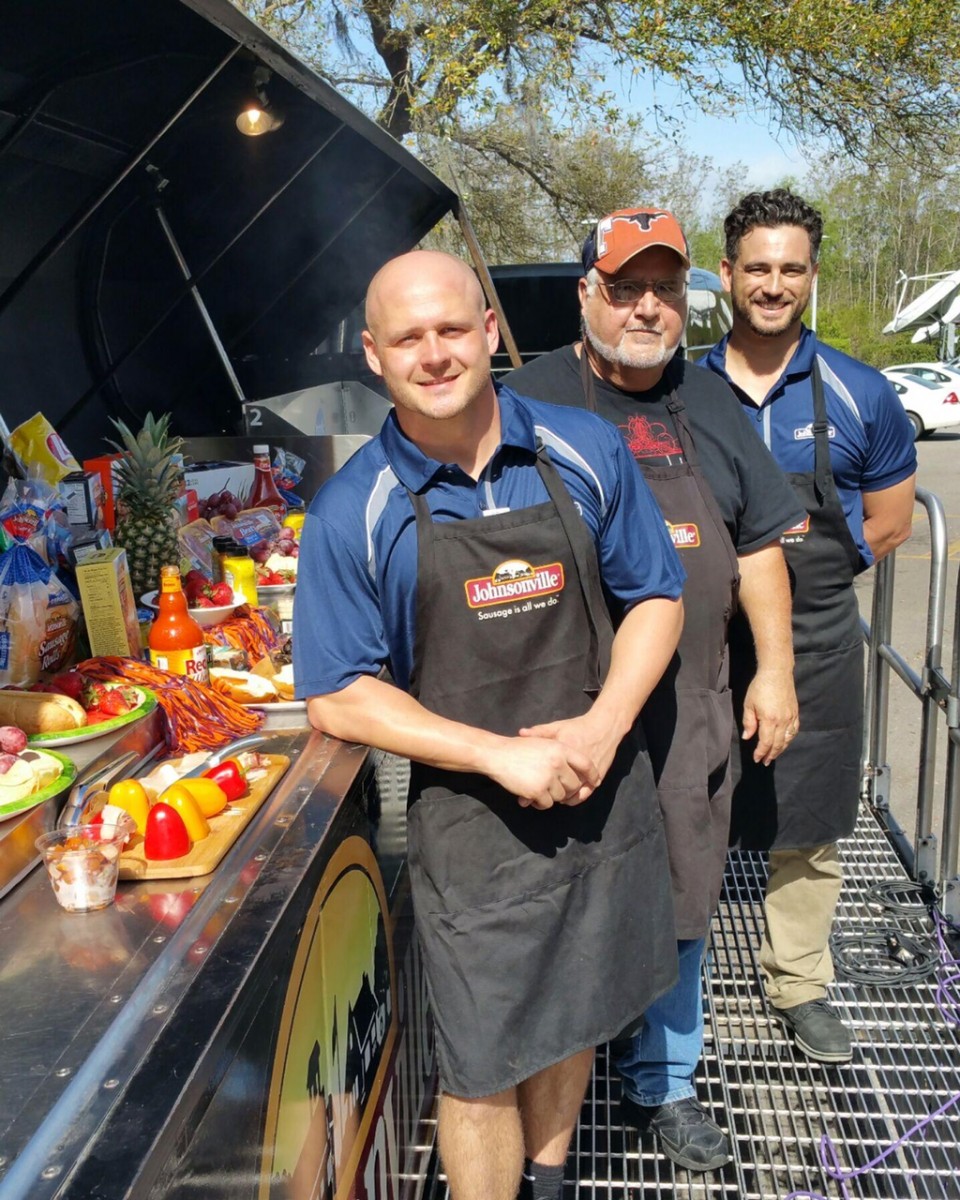 The Johnsonville Big Taste Grill is ready for #22.

This year will mark the 22nd year the 65-foot mobile semi-truck-turned-grill hits the road for another 8-month tour, serving more than 130,000 Johnsonville Brats and Grillers cross country. The tour opens on April 2 in Charleston at the Cooper River Bridge Run, one of the five largest road races in the U.S.

The Johnsonville Big Taste Grill measures 65 feet long, and can keep a dozen grillmasters busy grilling up to 750 brats at one time, or 2,500 brats per hour. This grilling capacity comes in handy during events such as the Cooper River Bridge Run, which attracts nearly 40,000 visitors each year.

For the 22nd year, the Big Taste Grill will visit nearly every region in the continental United States. For the full 2016 schedule, please visit http://www.johnsonville.com/bigtastegrill.html. Or, follow the 2016 tour on Facebook, Twitter and Instagram.

About the Big Taste Grill Crew

Steven Hensley is from Coalfield, Tenn., a rural area with no nearby fast food or restaurants. He learned at a young age that cookouts on the grill for friends and family are an important way of life. Steven studied political science and played football at the University of Tennessee. Upon graduation, he left his corporate job and entered the experiential brand market, working with dozens of Fortune 500 companies since.

Al Acosta is a Houston-based truck driver with more than 23 years of driving experience. After assisting Johnsonville with a three-month tour in 2015, he is back for more this year. Al and his wife have been married for 36 years. They have three daughters and four grandchildren.